This is a small project from our embroiderers’ guild on hearts.  Well, it was February and Valentine’s Day.

Him Indoors had previously wrapped a ‘surprise’ Christmas present from myself to myself that I let him hide away following the Kititting and Stitching show in the Autumn.  Come Christmas Day, I was given a nice skein of dyed sari strips and a couple of threads.  What a surprise!!

So, I thought they would work for something not too ‘twinkly’ on the theme of hearts.  Coupled with them, I had been playing with some copper metal ‘cloth’ which is a very fine mesh on my Experimental Textiles course and had a few pieces left. I got to thinking that the heart is pumping metal-based energy round the body in the form of iron, and so including it seemed a good idea.

I pieced the sari strips together by weaving them and tacking them onto some adhesive interfacing.  At this stage they were all a bit wobbly so ensuring there were no gaps was a bit tricky.  I tried to rust the strips with some tea and washers etc but this was largely unsuccessful and just made everything look dirty.  Do you know, one of my favourite bits is choosing a set of threads to use and seeing them all laid out as a palette, like paints. 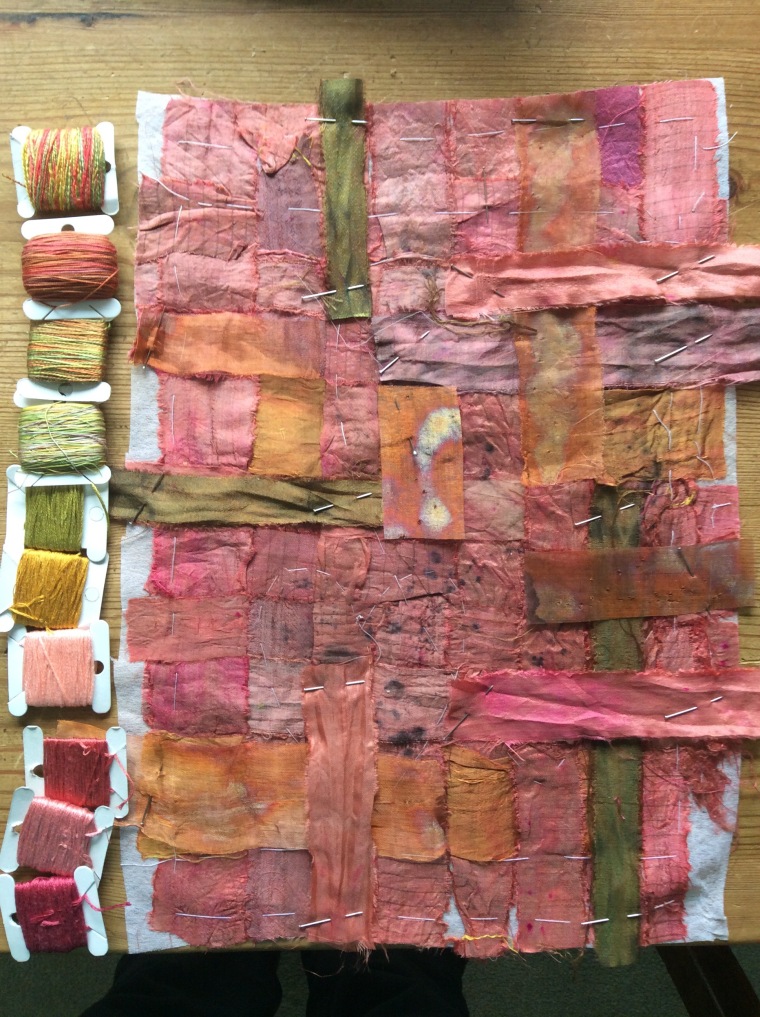 Two templates and a bit of tacking later I had some broad shapes to start filling.

I just kept on stitching using lighter and darker threads to ensure that the two hearts were visible but didn’t stand out too much.  I’m not sure whether I’ve been that successful – it’s a difficult balance and they are a touch less visible that I might have liked.  The metal has also been a bit lost under the stitches, but when the light is on it, you can see the shine in places.  It was quite satisfying to stitch with a stiff but giving feel.

I haven’t stitched horizontally and vertically everywhere.  There are patches of one or the other, and one or two little gaps around the shapes which provide a bit of interest on inspection.  This kind of stitching is something I explored this year and just enjoy whilst sitting in an evening.  It’s very soothing and allows texture and colour to build slowly. 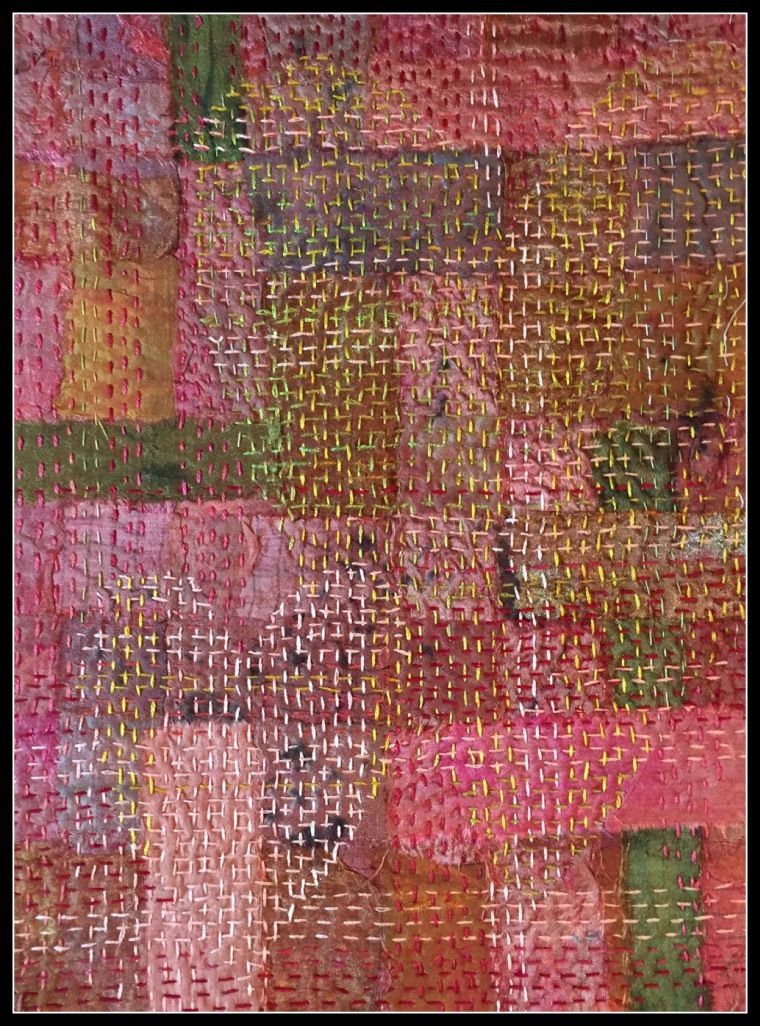 Still deciding if I like it as a whole, if I’m honest, but I do love taking close ups  – here the perspective is much more exciting…almost a much as my surprise!